Morana is an otherworldly VR puzzle game about reconnecting with the deceased loved one through assisting earthbound spirits on their journey to realize their unfinished business.

The design challenge behind the game is all around moving in VR world.
I conducted 1-year long user testing with the team closely tackling several main problems for player

Interactivity in VR storytelling
Player gets to solve the puzzle pieces by following the story by becoming the character- Dia and cognition behind the player transitioning between scenes.

Spatial 360 Storytelling
With 360 sound, player get to know how to move around and explore the fantasy world.

Plan and Analysis of game

I started by playing by myself and analyze the goal of scope of testing to improve the game and group players.
‍Player: Stay in comfortable environment and interact with
‍Trainer: Provide training overview and tutorial before testing
‍Facilitator:  Provide comfortable environment and assist in conduct of participant and briefing sessions
‍Recorder: Use the video recording to take this role
‍Test Observer: Silent observer

Link to the plan

1.0 Consistency of interactivity
On boarding experience of controls

Testing to solve the existing problems

When I just joined the team, I conducted a testing on the game and found inconsistency problems in the game : each scene has different interactions. There is no onboarding experience for player to get trained or learn how to use the Oculus Rift.

1.1 Approach that I start

By researching on the existing games, I realize that consistency problem is associated with the interaction mapping onto the controller. I begin to map different features on the toggle, buttons, and sticks. 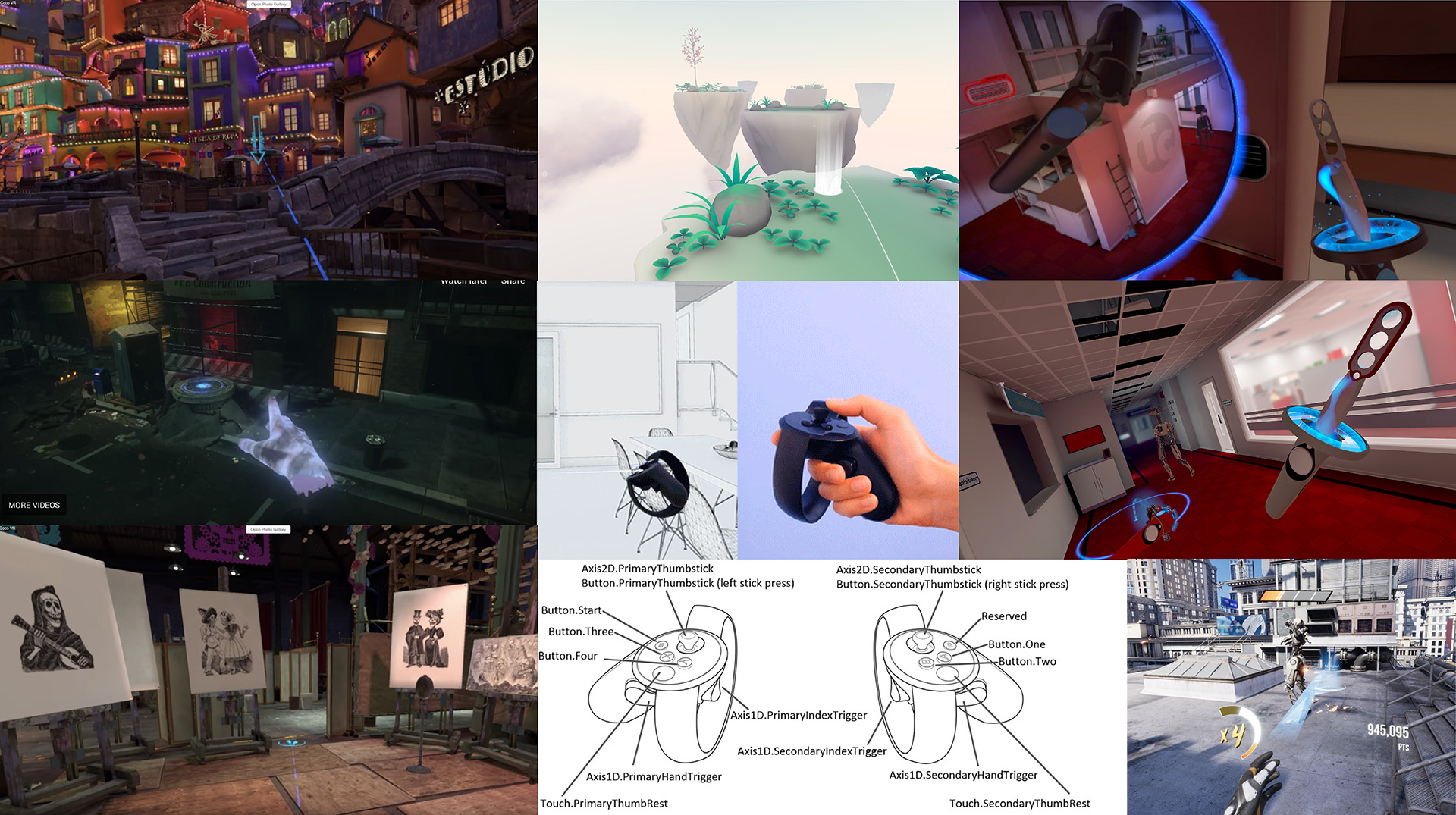 I mapped the moving onto toggle and grip to be the buttons to select.
The issue happened here is that: I only cared about consistency and not realize that there is a motion sickness problem in VR 360 world. People feel their body not moving when brain seeing themselves moving. 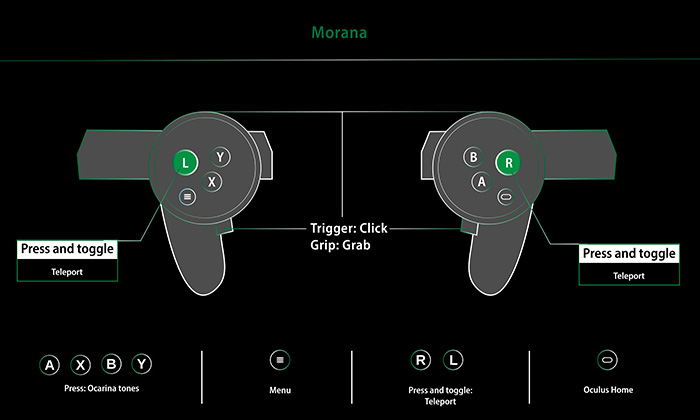 1.3 Team up and testing with multiple players

I break the users into different teams ranking from competitive players to unexperienced VR players.
" I feel the story was too linear for me."
" I did not expect the scene was so long for me to go through"
" I wonder if I can be notified that I am going to another level."
"I feel sick to find gaze points, even I know you are trying to direct me to look at that direction" 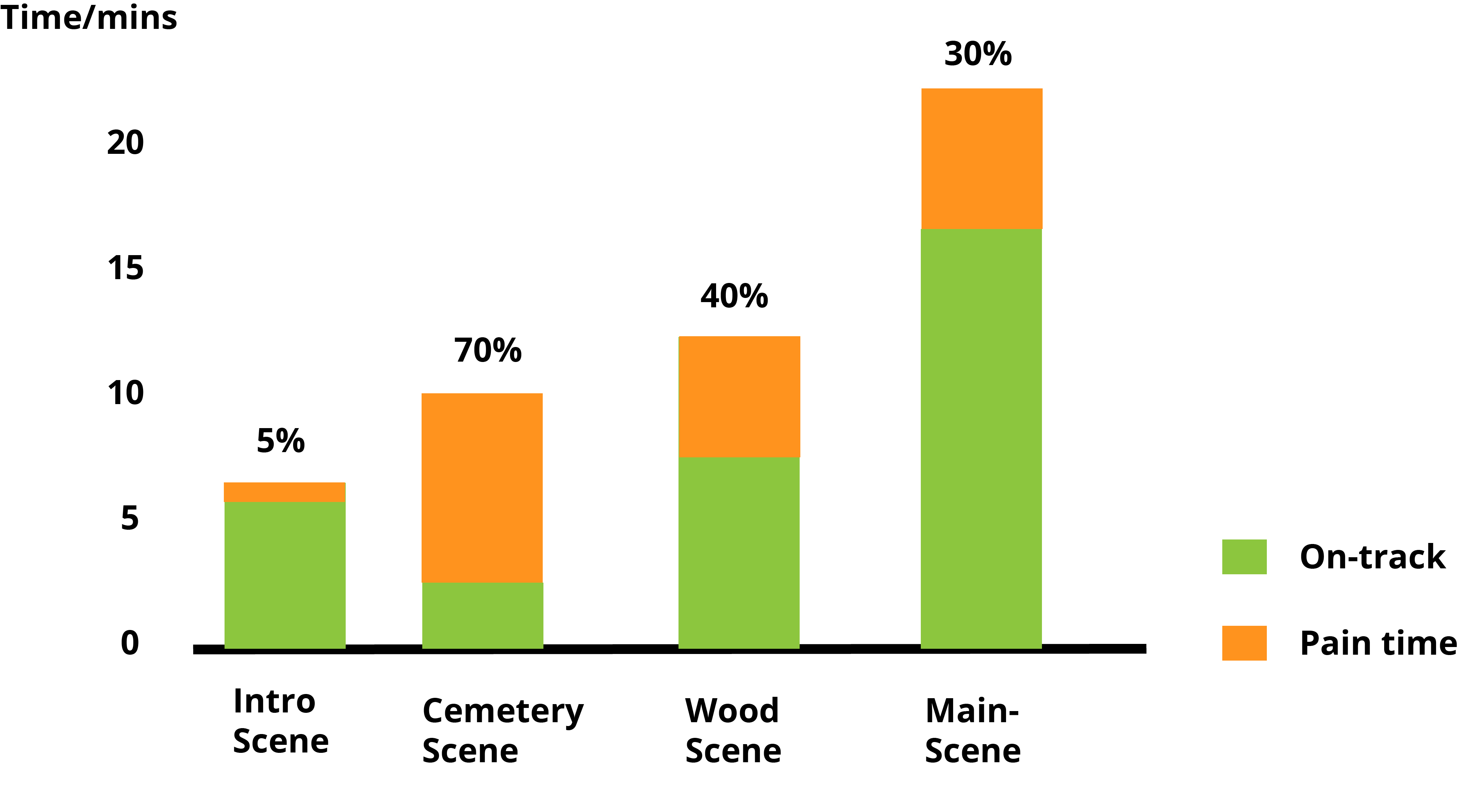 1. Duration of the game takes about 30-40 mins until puzzle one ends
Solved: cut cemetery scene and shorten teleportation time, reduced gaze point amounts
2. Player does not where to look at in 360 environment even with the help of gaze point
Solved: working on redesign the puzzle hints and added heat map
3. Hard to teleport in wood scene

I break it down into different groups and learn about their time of achieving the goal and get feedbacks from their own comparison with other games. At the same time, I did stopwatch checkpoints with them to ask questions after they are done.
‍
Group 1:
No VR experience, but lots of gaming background

Group 2:
Lots of VR experience, but has few gaming experiences
‍
Group 3:
VR experienced and had lots of gaming background 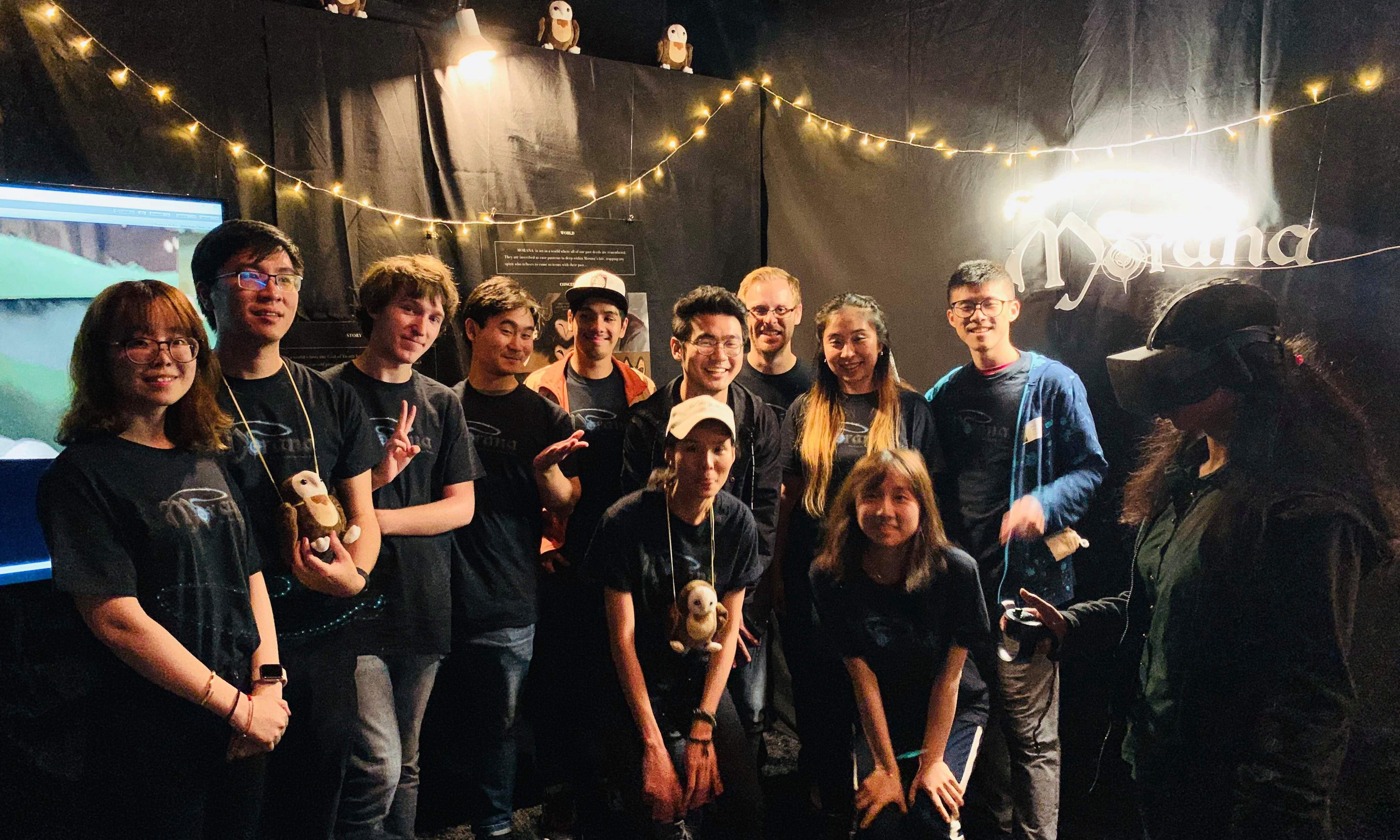 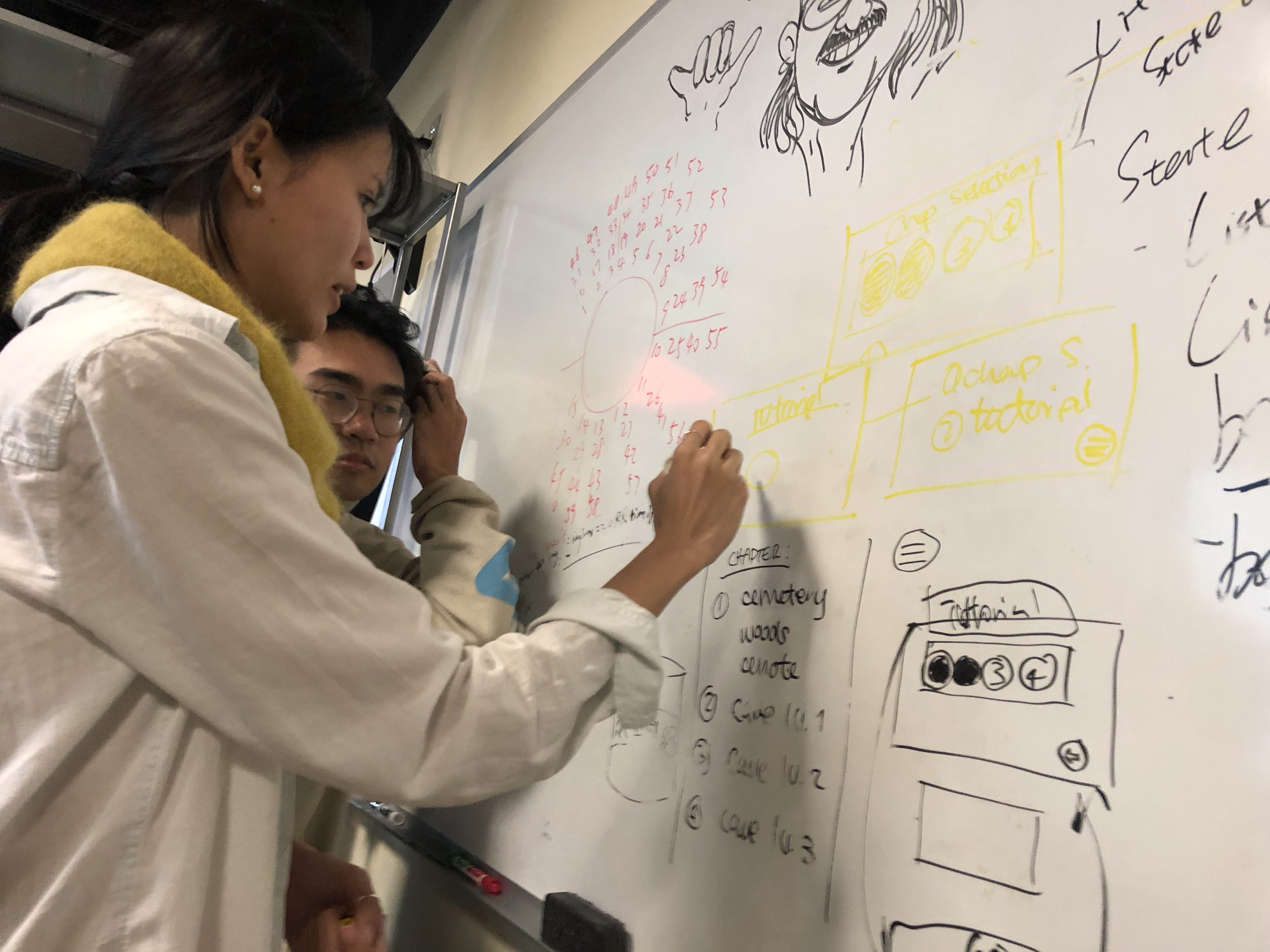 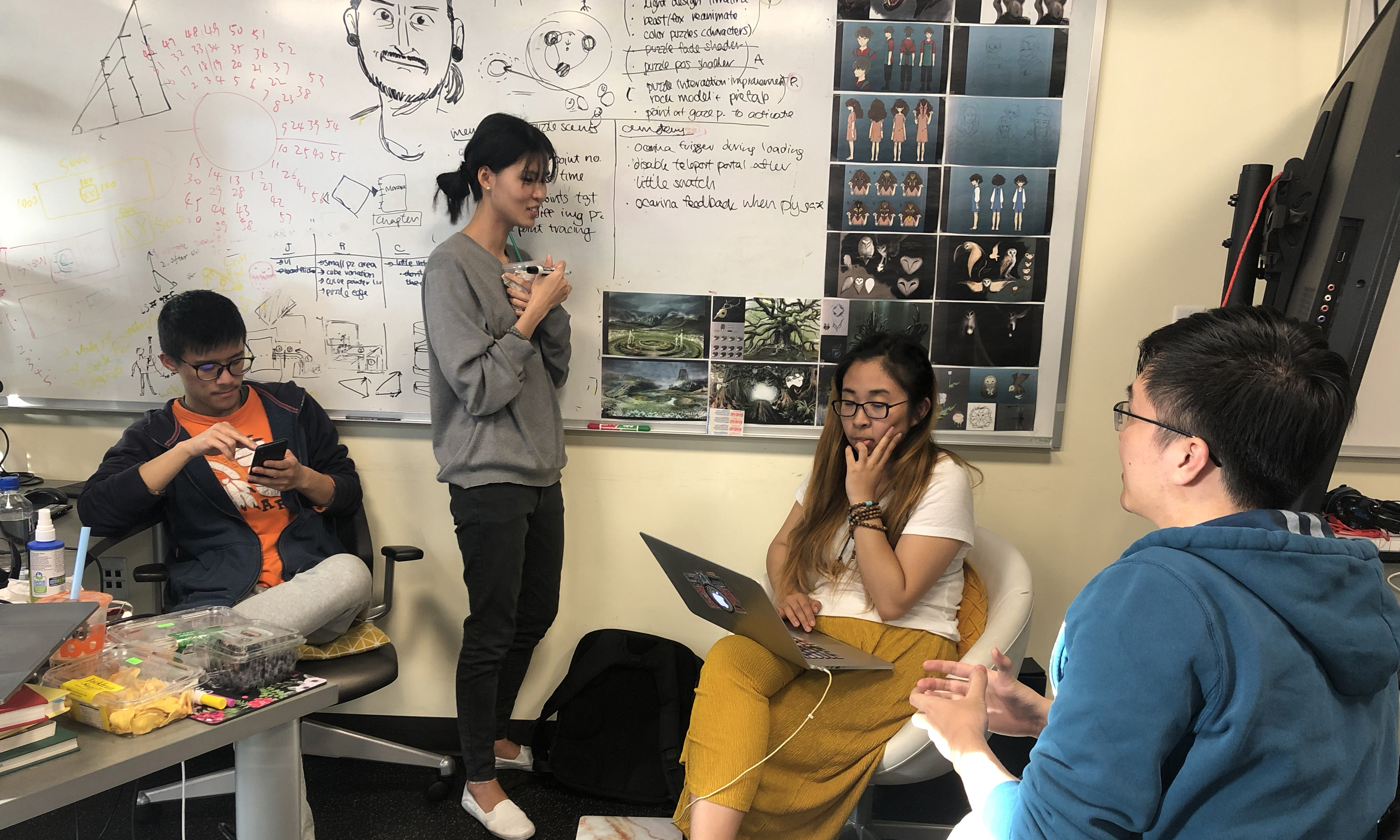