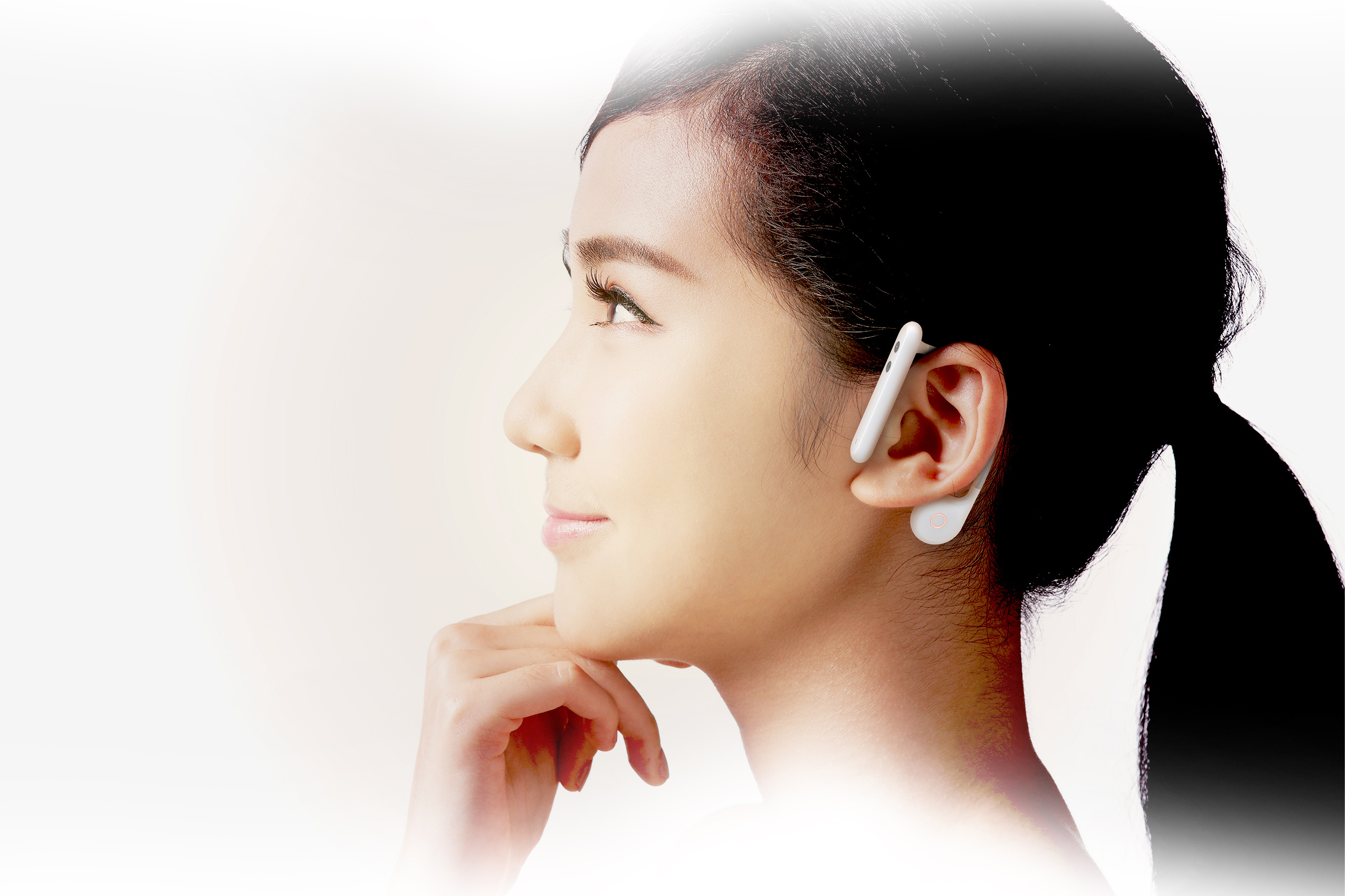 How can Look AI personalize your searching?

Google Daydream team was interested in future seamless transitions between the real and digital worlds by uncovering new hybrid tools for creators in 2023. I decided to dive deeper into emerging technology, searching and recording potentials beyond current use cases.

I played and prototyped with tools in multiple forms in the market, such as Oculus games, Unity VR, and AR games. I discovered that they are mainly:
1.Focus on digital immersive environments and visual designs with mostly entertainment goals
2. AR is not being used a lot of due to having to hold phones, the high cost of the devices, and technological limitations
3. Searching for and collecting data from the real world is hard, especially in the public sphere

1. Mobile devices allow users to search and learn anywhere and anytime.
2. Phone camera enables users to search based on what they see, and user can track objects around and look up on the phone but it is not widely used yet.
3. Voice speakers are limited to the technology to understand your context and maintaining context so you cannot have dynamic exchanges that start, stop and pick up again later. 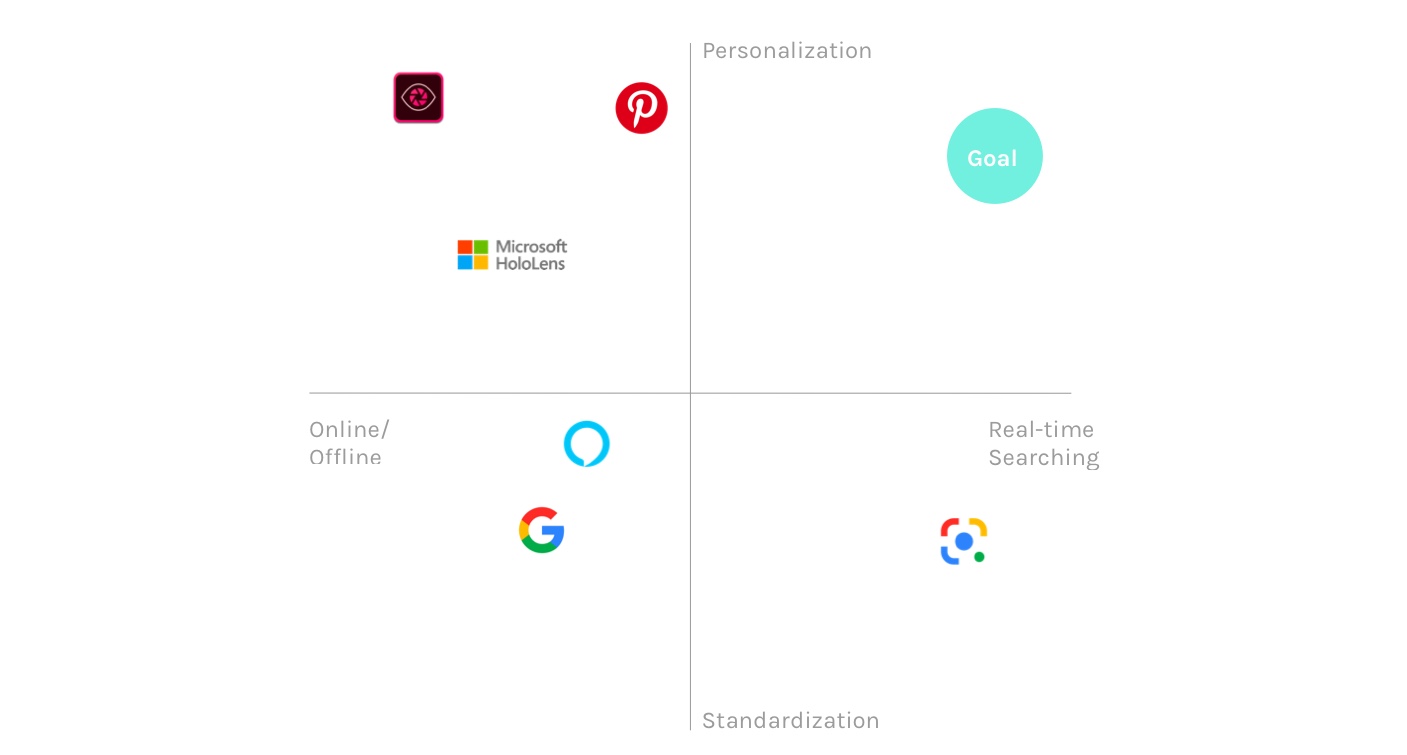 I conducted 3- 4 expert interviews with researchers and designers. I learned that searching is not just to read data numbers but also about to extract information from the real context. Current online users have to spend time filtering out overloaded data, so what can be a good way to search for relevant result in real-time . 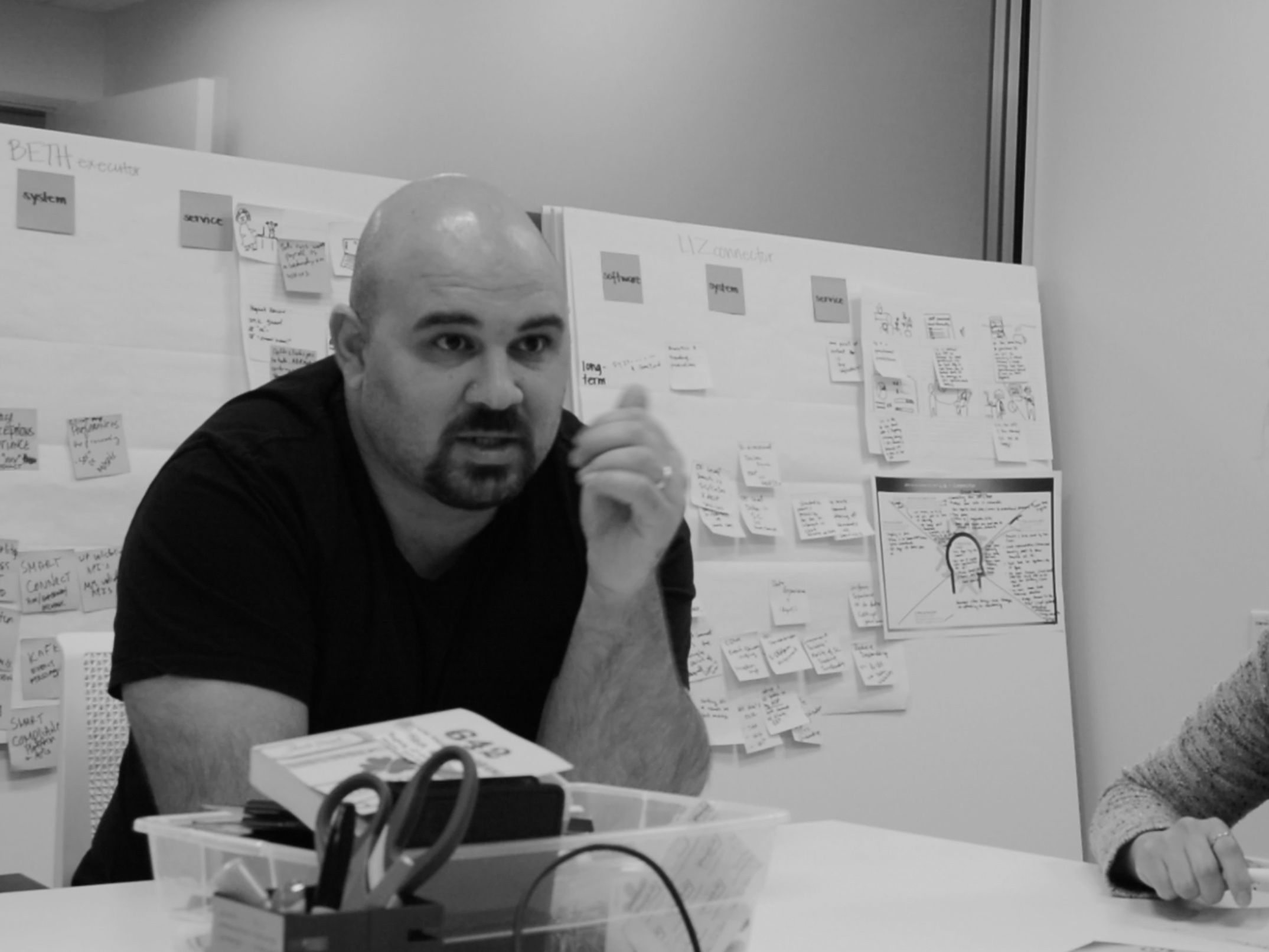 "Researcher is like a detective, we search from details of your your everyday life. We want to meet the user to get guided through in physical world instead of reading papers." 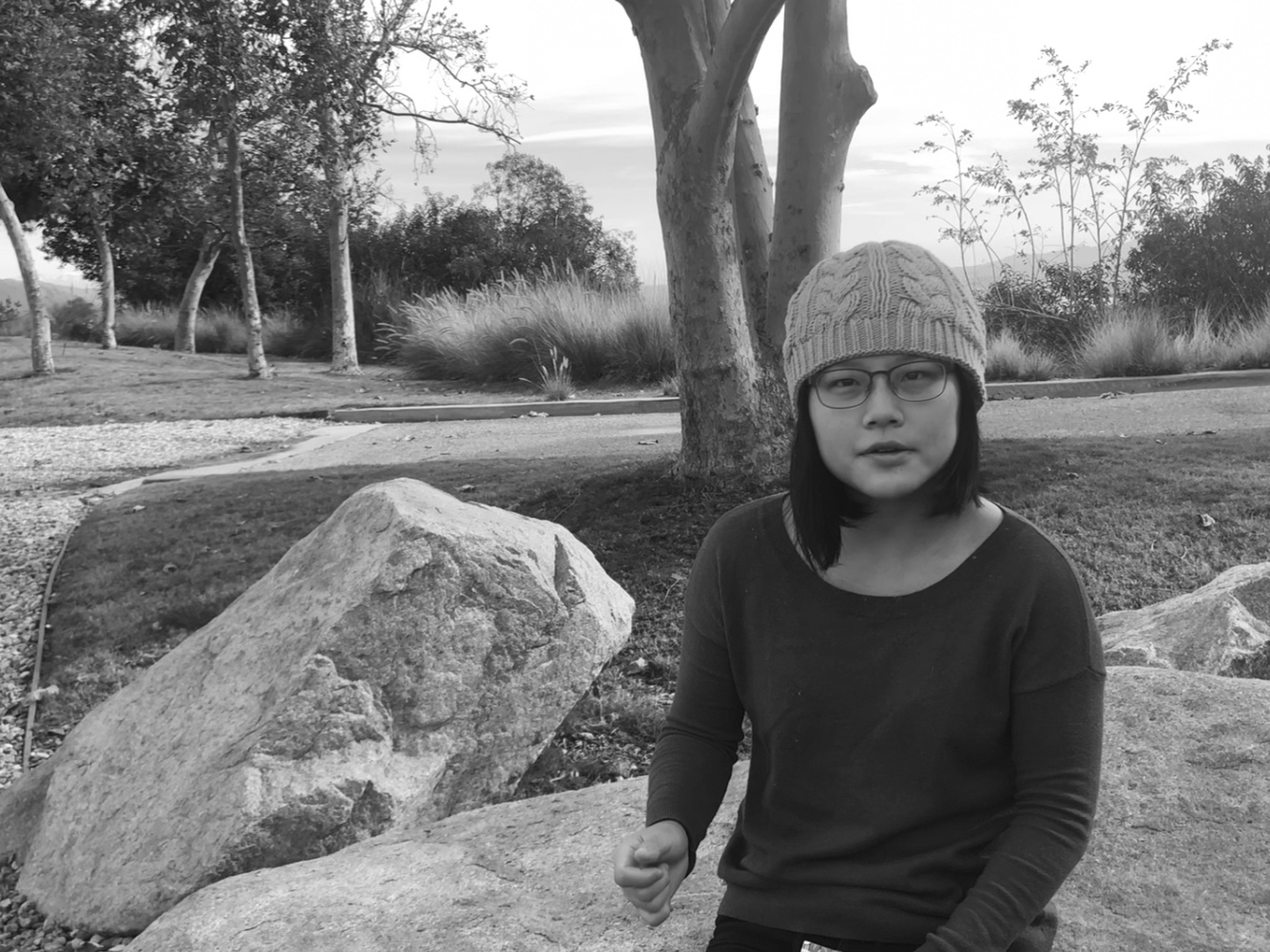 "As a product designer, I wish I can search 3D objects without just going online. I want to see it and feel it before designing. "

Users are struggled of getting quick and meaningful responses

Continuing with 5 more interviews with users who rely searching on phone to learn, I identified shopping, discovering and sharing by searching are  the most valuable use cases and needs from users:
‍
1. I want to search and compare offline- online shopping quickly.
2. I want to discover making new things by searching online.
3. I want to collect and share my searching results more efficiently.

After the interviews, I decided to break it down into 3 different user scenarios and use cases that contextualize the searching to buy, to make, and to share.

What if online search can be as natural as asking a close friend by your side? 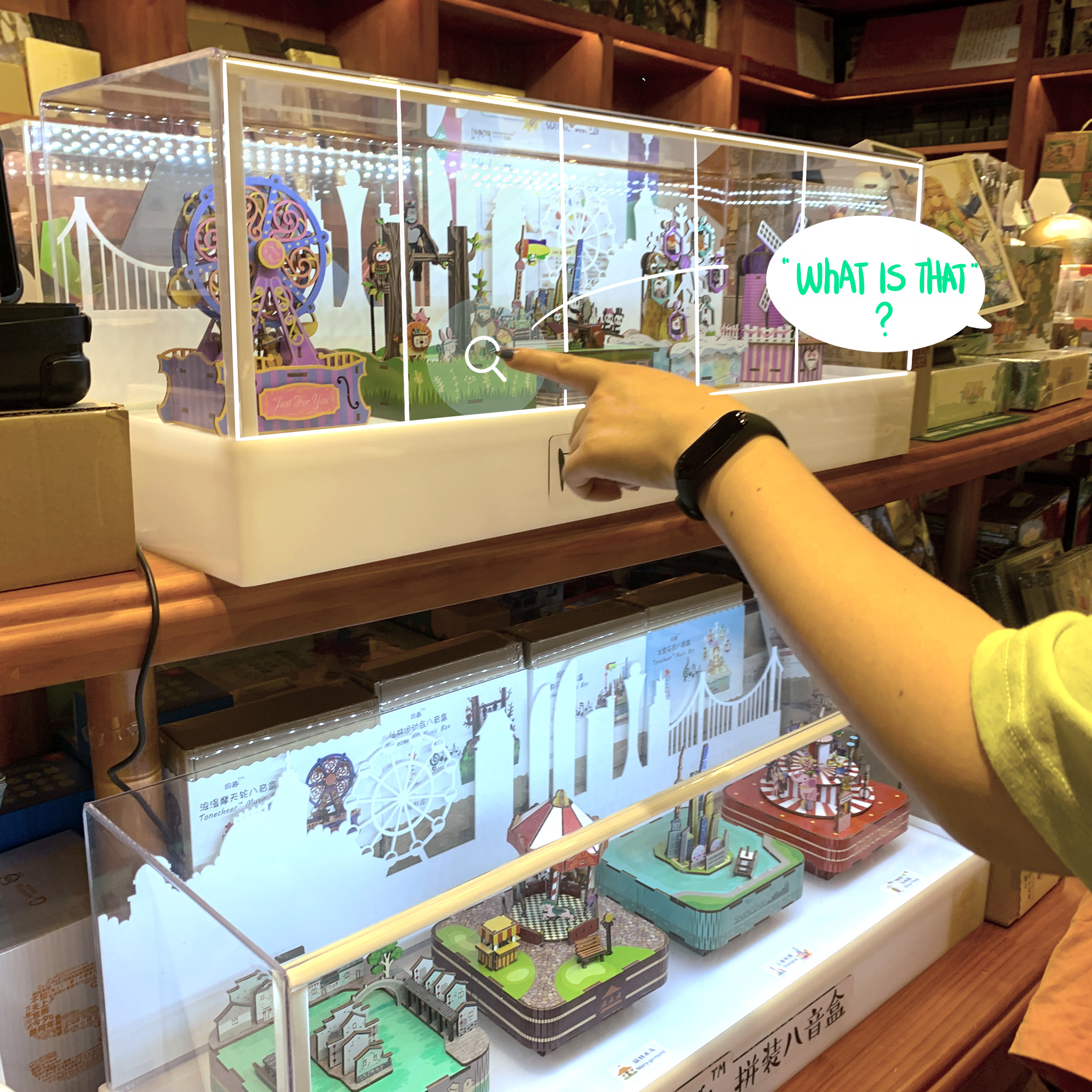 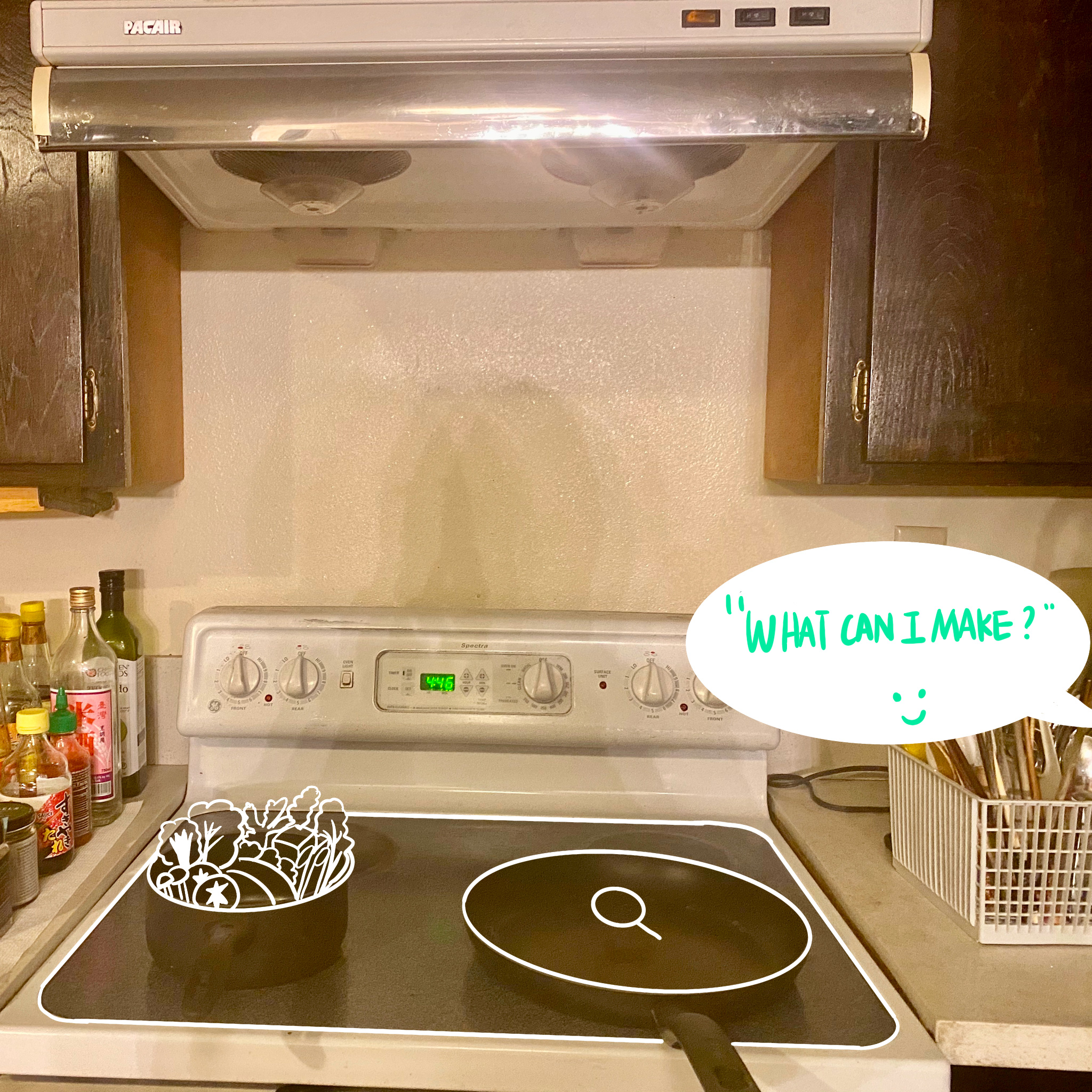 Personalized inspiration,
based on environment recognition and user data. 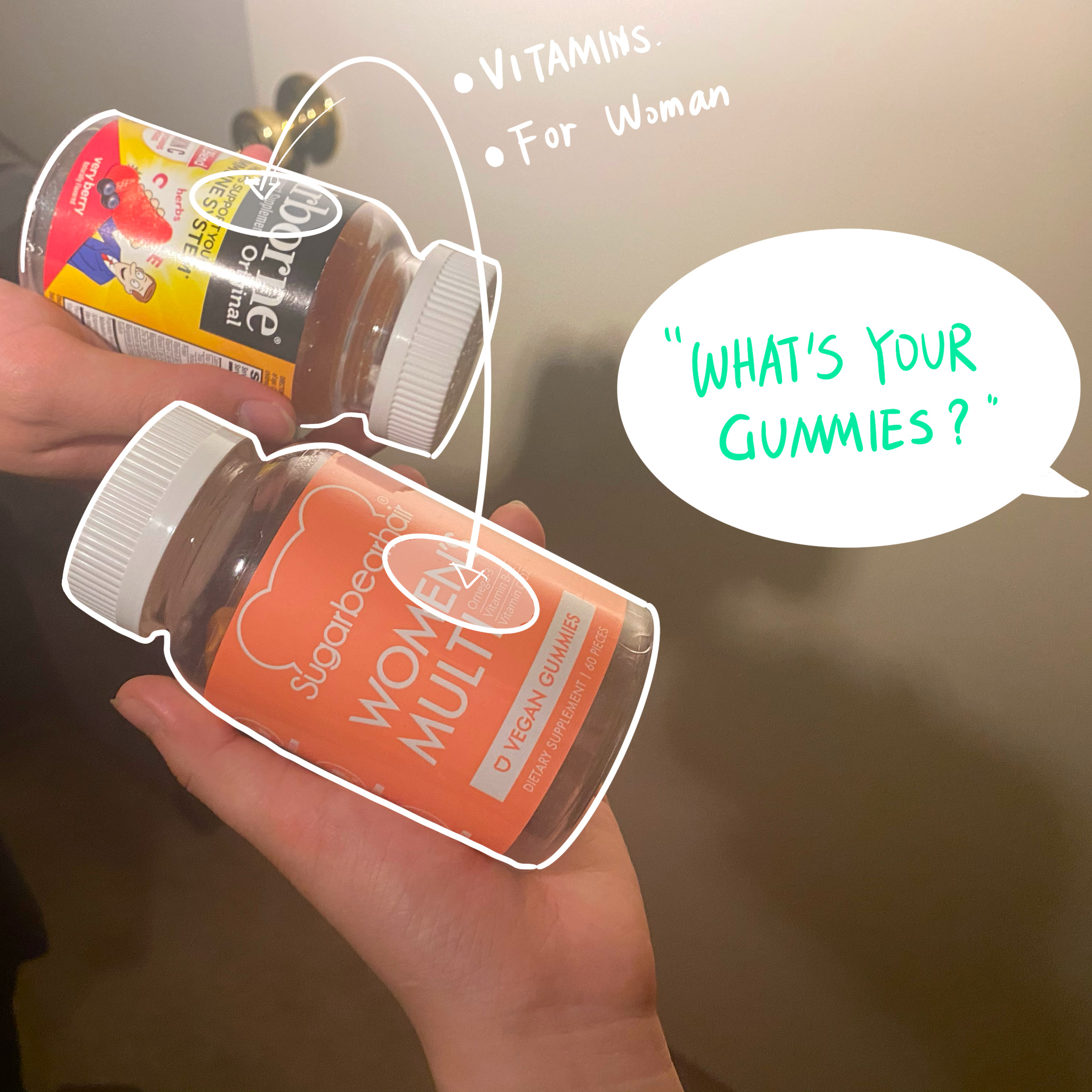 After the interviews insight, I decided to break it down into 3 different user scenarios and use cases that contextualize the searching to buy, to make, and to share.

Search to buy
Search to make
Collect and share 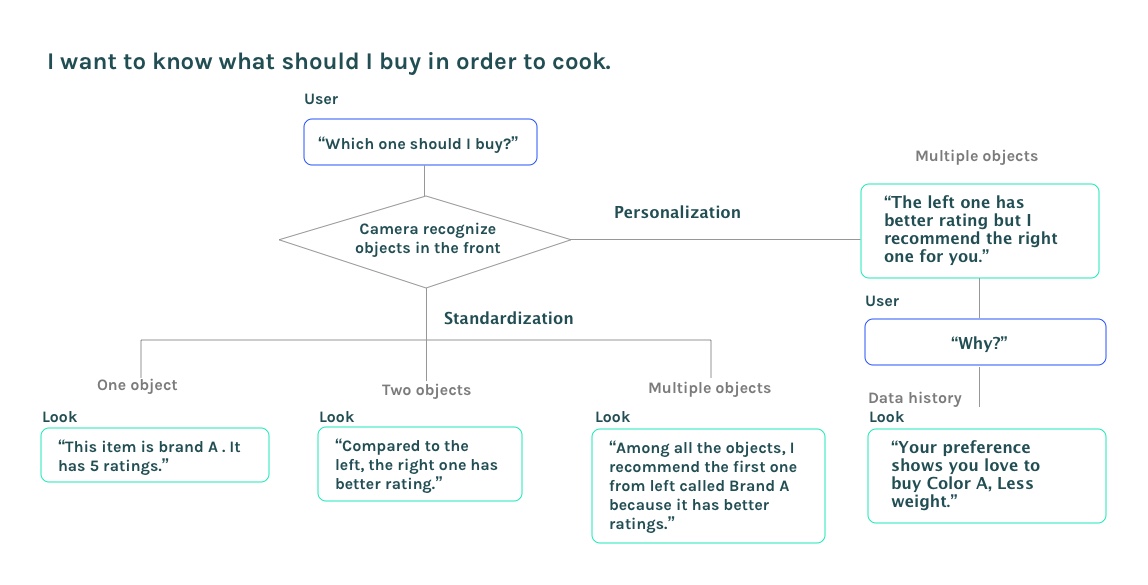 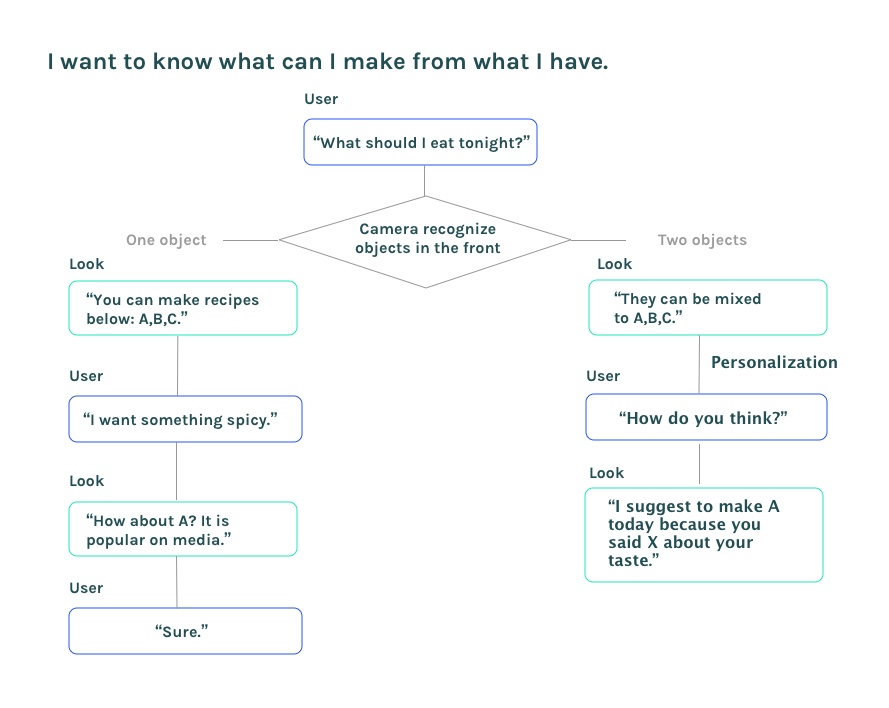 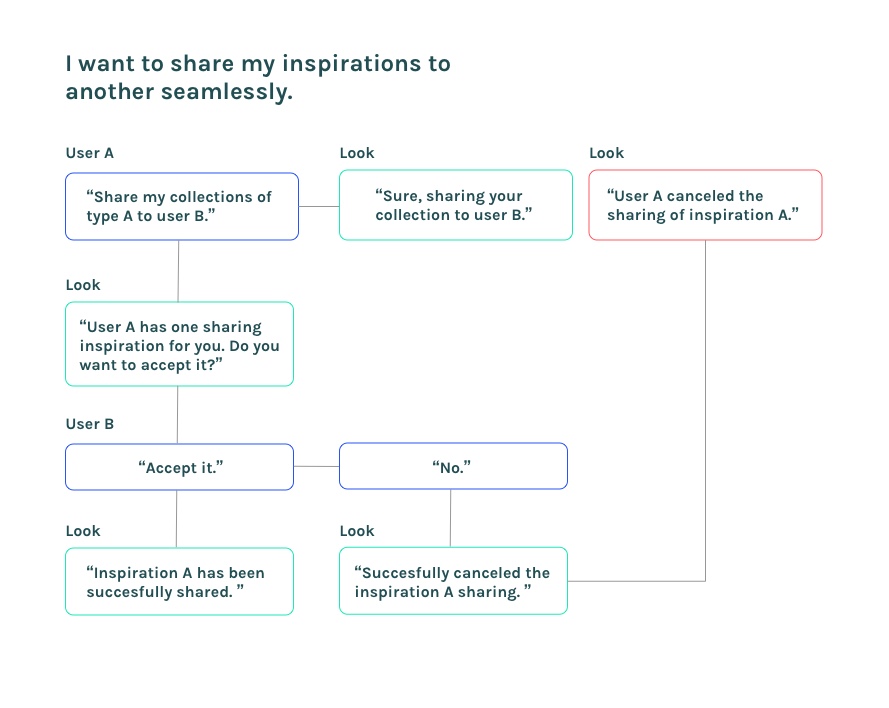 Feedbacks:
1. I only want to know its general information that is context-rich knowledge before going into details
2. AI graph and accurate knowledge, I want to know more by saying yes/nodding the head.

Feedbacks:
1. I need to know which one I am pointing at
2. How do I know the one that my AI recommended? Do I need a visual feedback?

Feedbacks:
1. Love the step by step voice instruction of making food
2. Is it recognized only from earphone camera?

I prototyped and tested with Vuforia object-recognition with friends and real context based on background. 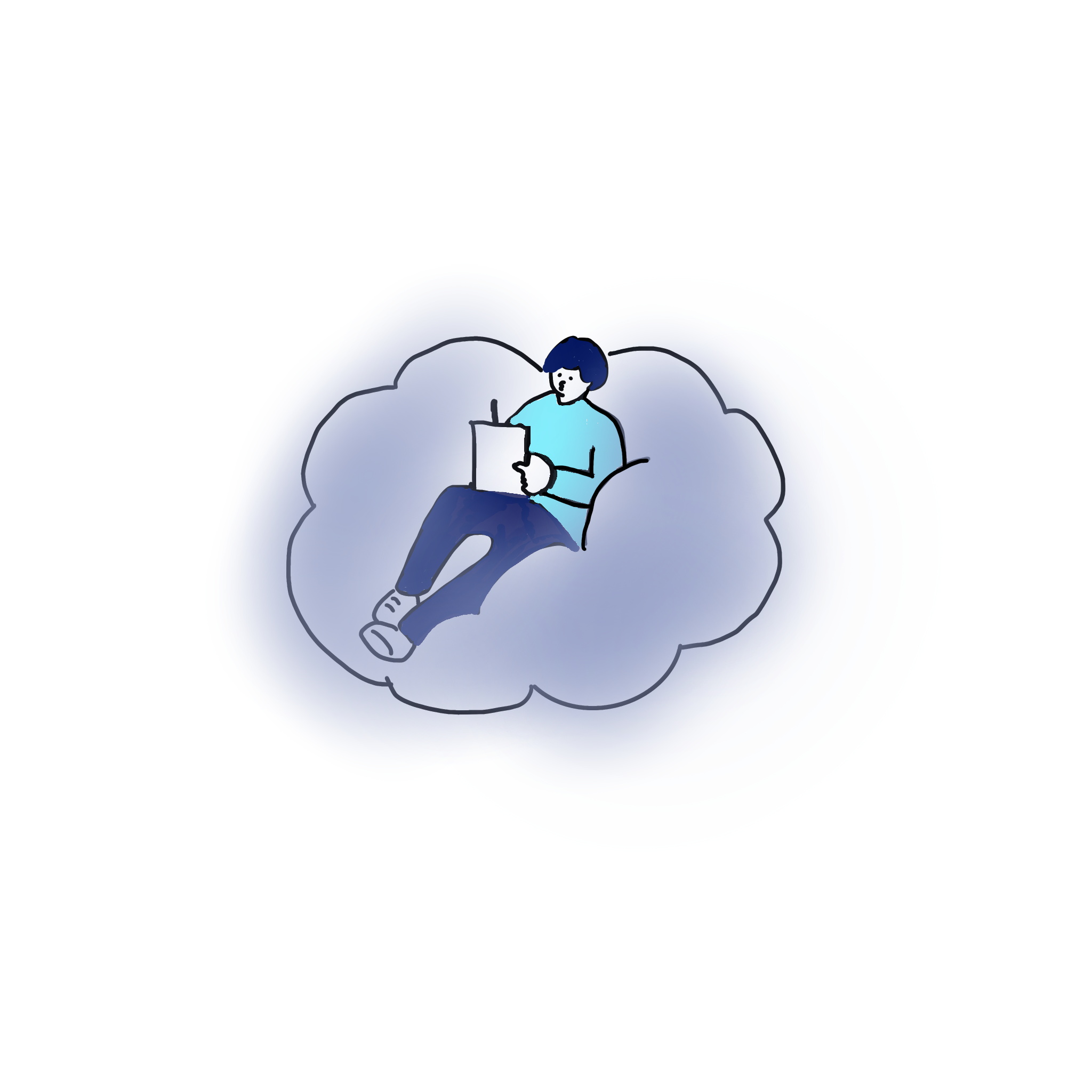 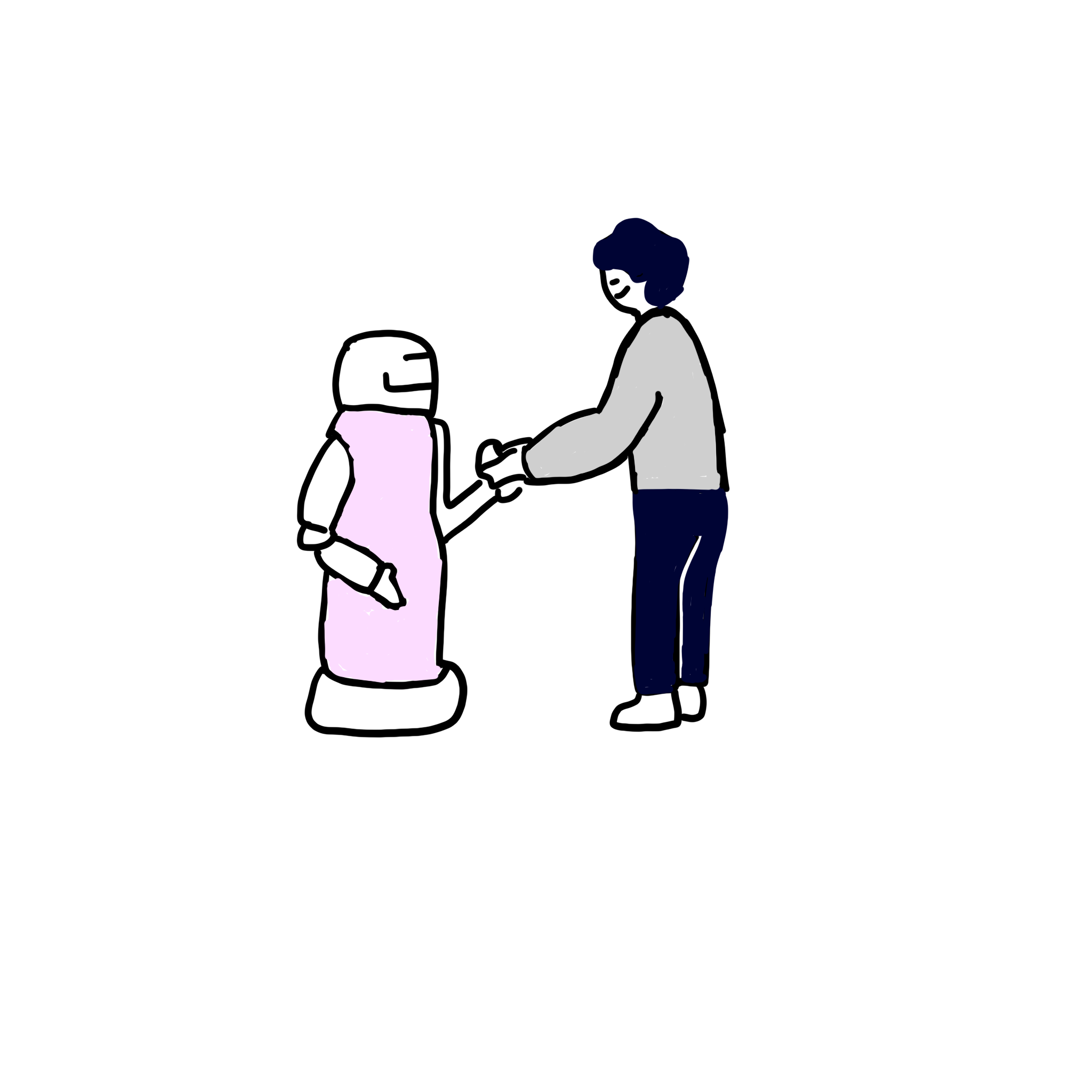 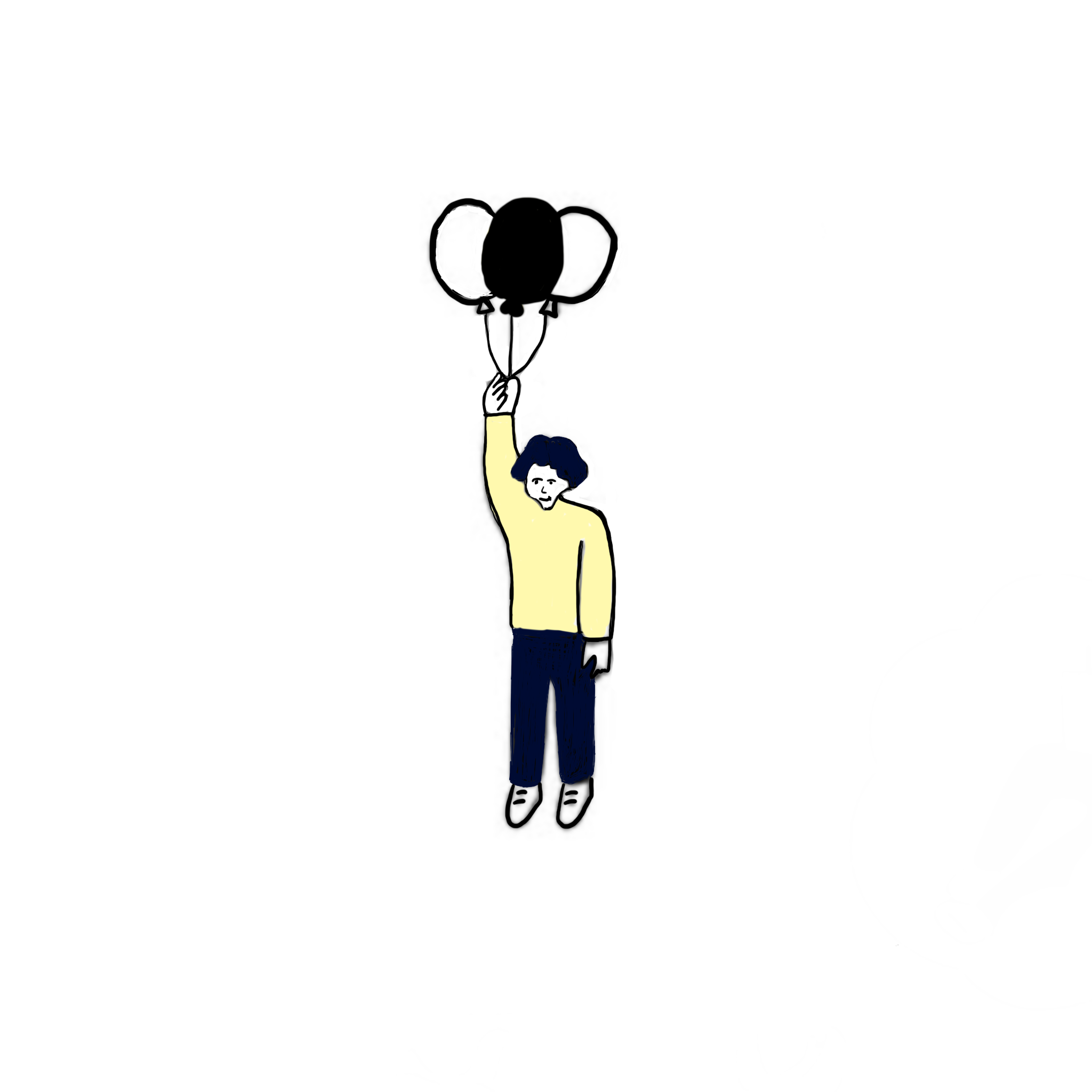 Considerate
“I know what you want.”
‍

Relatable
“Hmm, I can help you and become your accompanies.”

Humorous
“Okay! I got your back buddy!”

What if it is a NPC 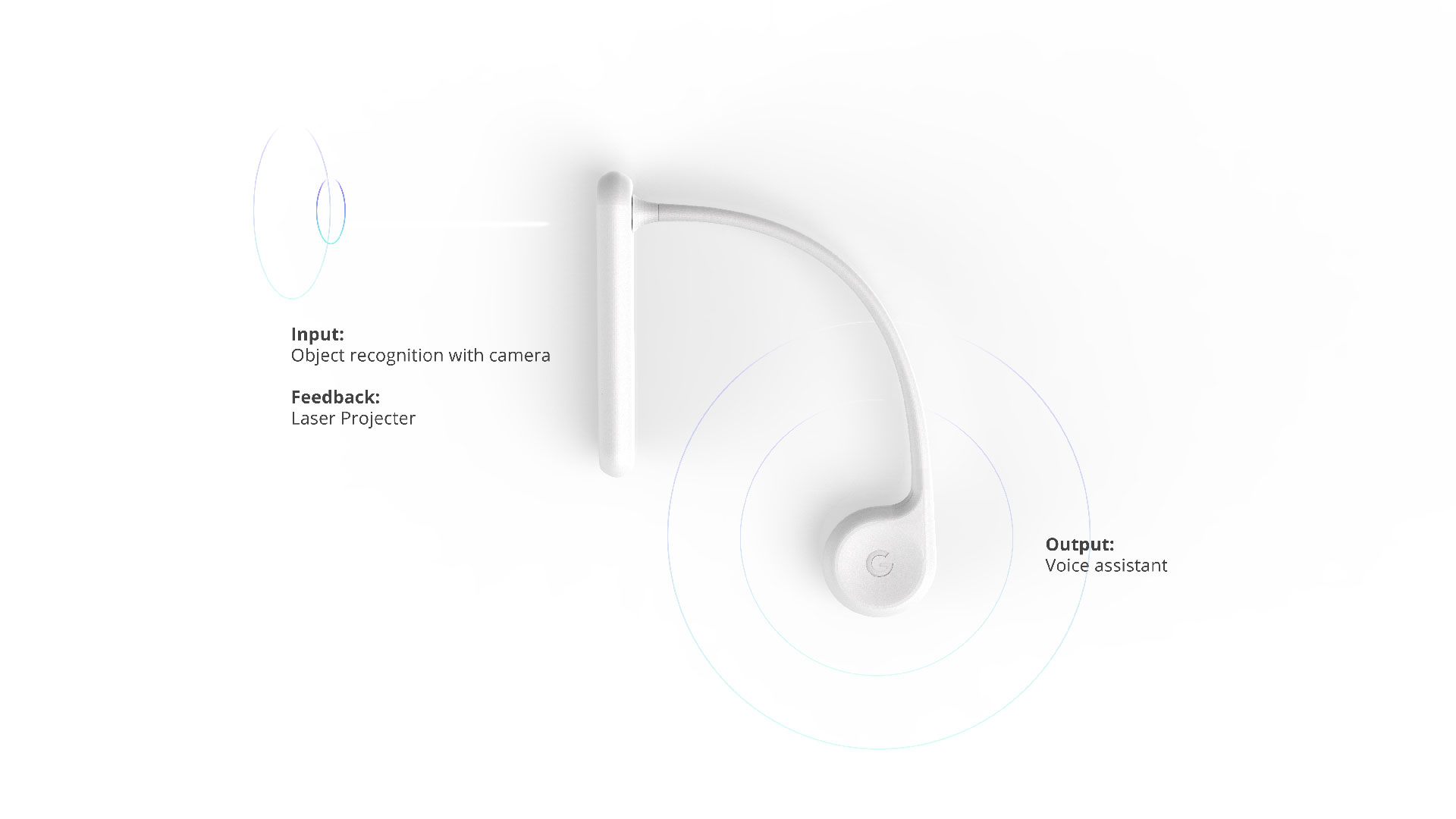 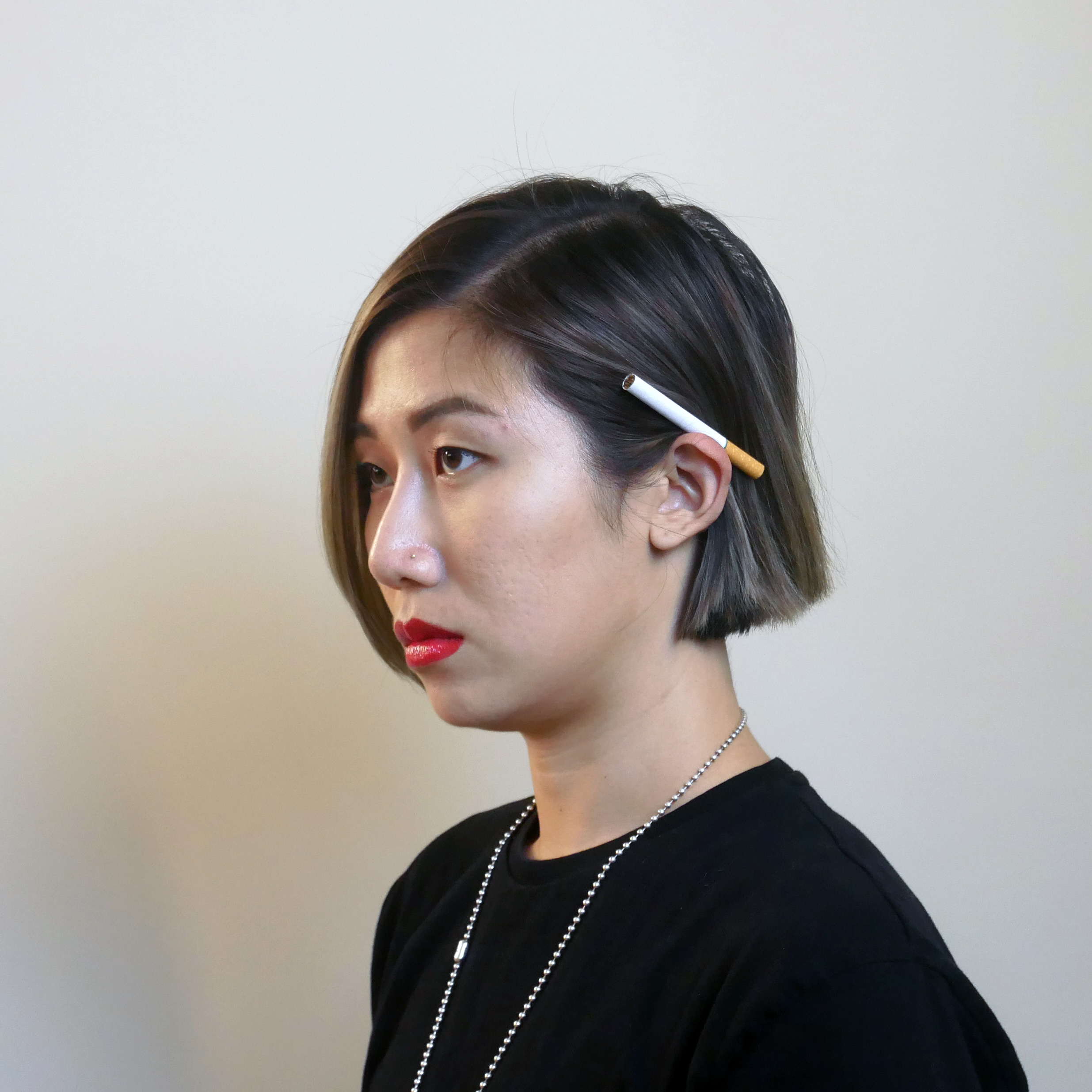 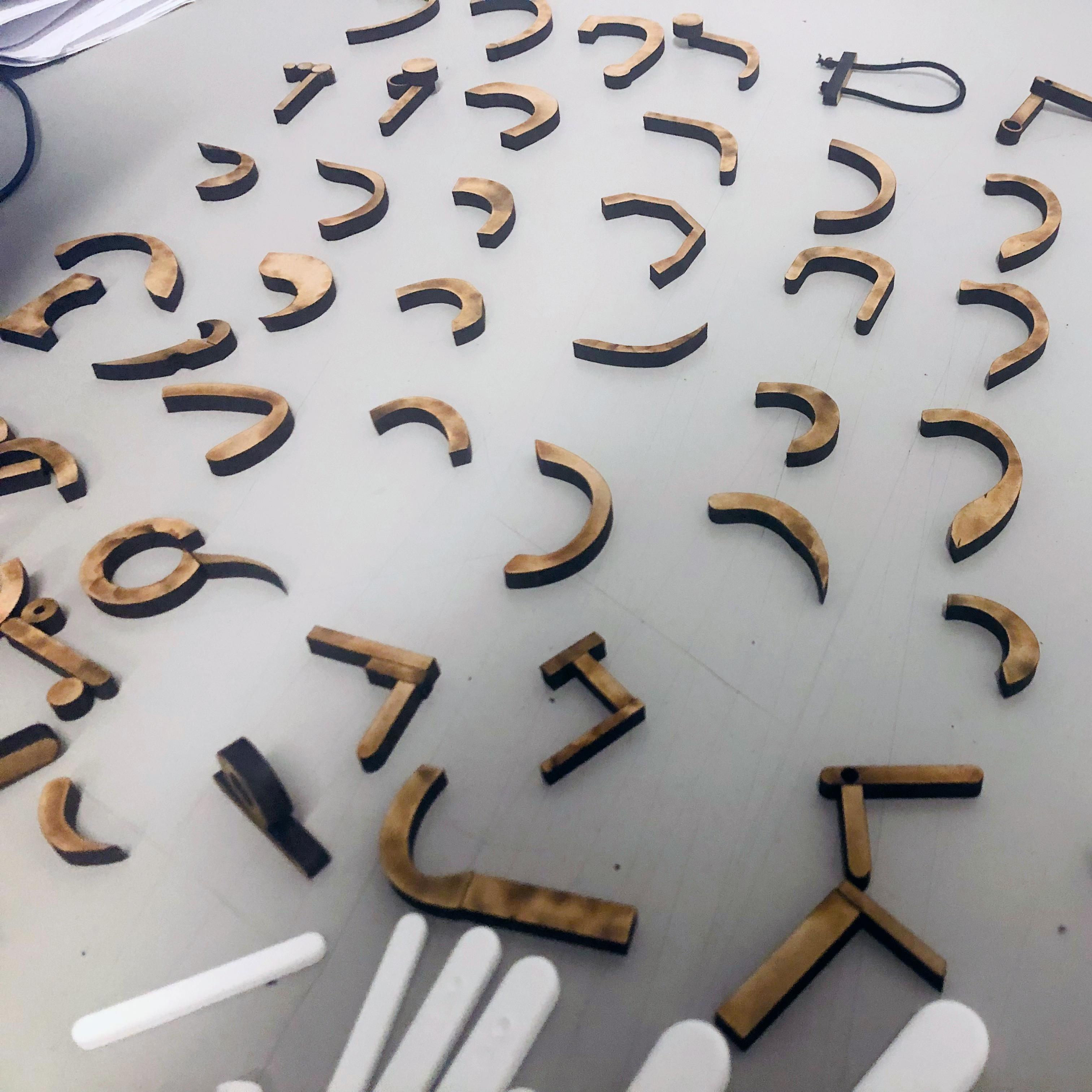 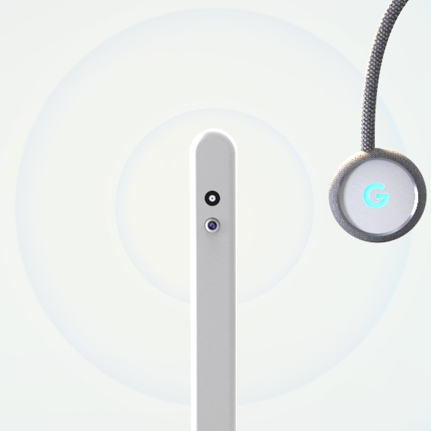 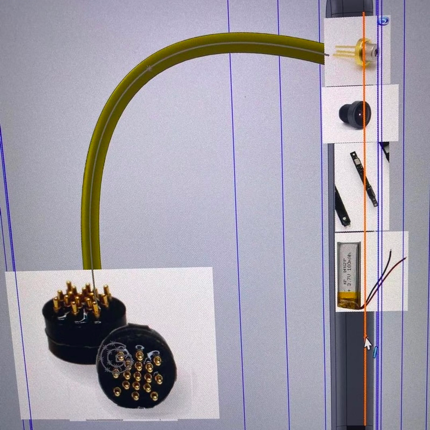 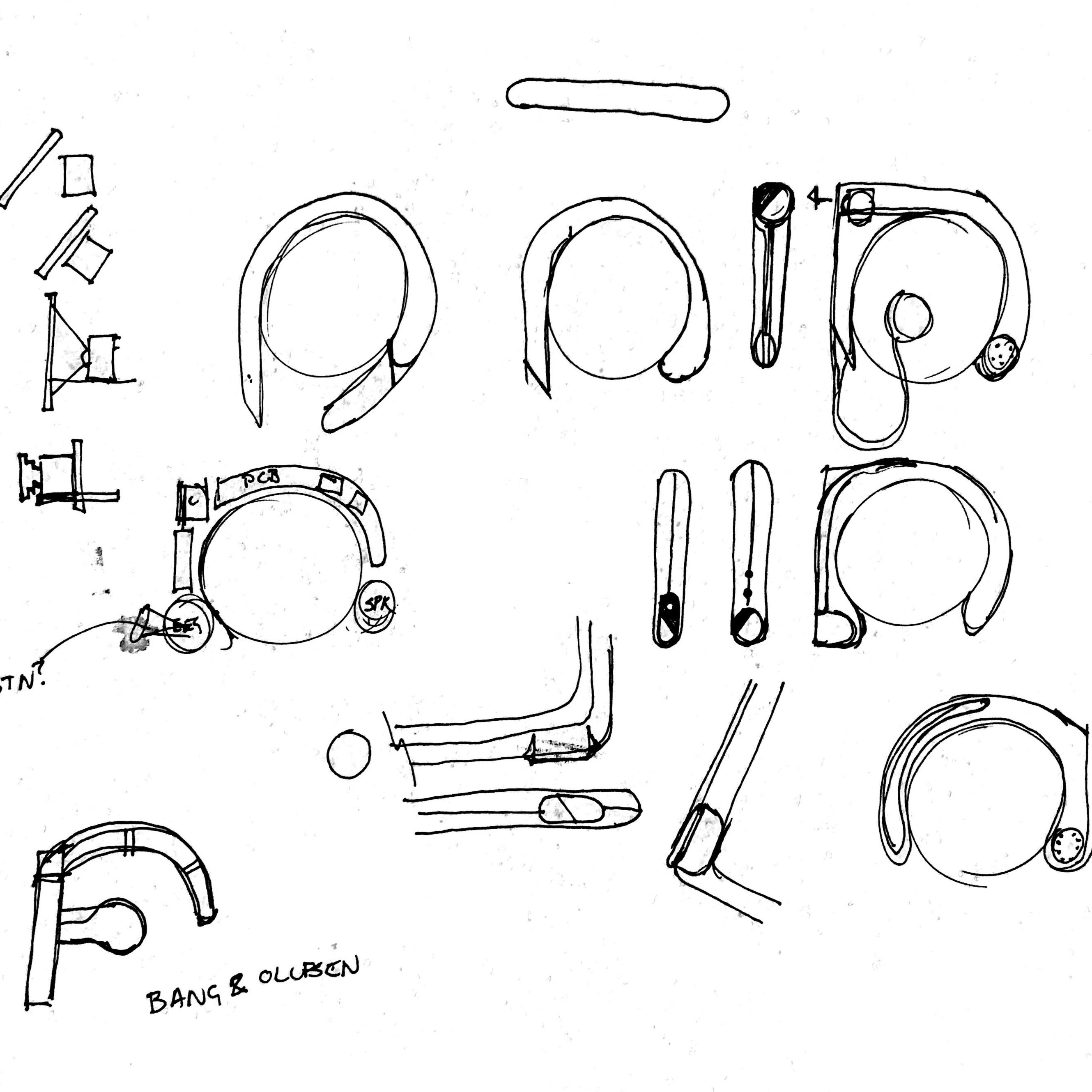 With app, it tracks your data from searching

Location: Home
Needs: “I want to search what I can make.”

Solution: Google Look always tries to collect your personal data and assist user to make choices smartly by curating results and as a guidebook.

Location: Store
Needs: “I want to compare products in order to buy quickly.”

Solution: Google look enables users to make decisions and compare quickly in the store. It bridges the online and offline shopping experiences.

ROI(Net benefit cost) of product development
Bounce Rate:
Time it takes them to find the correct answer by talking to Look and switching to another object